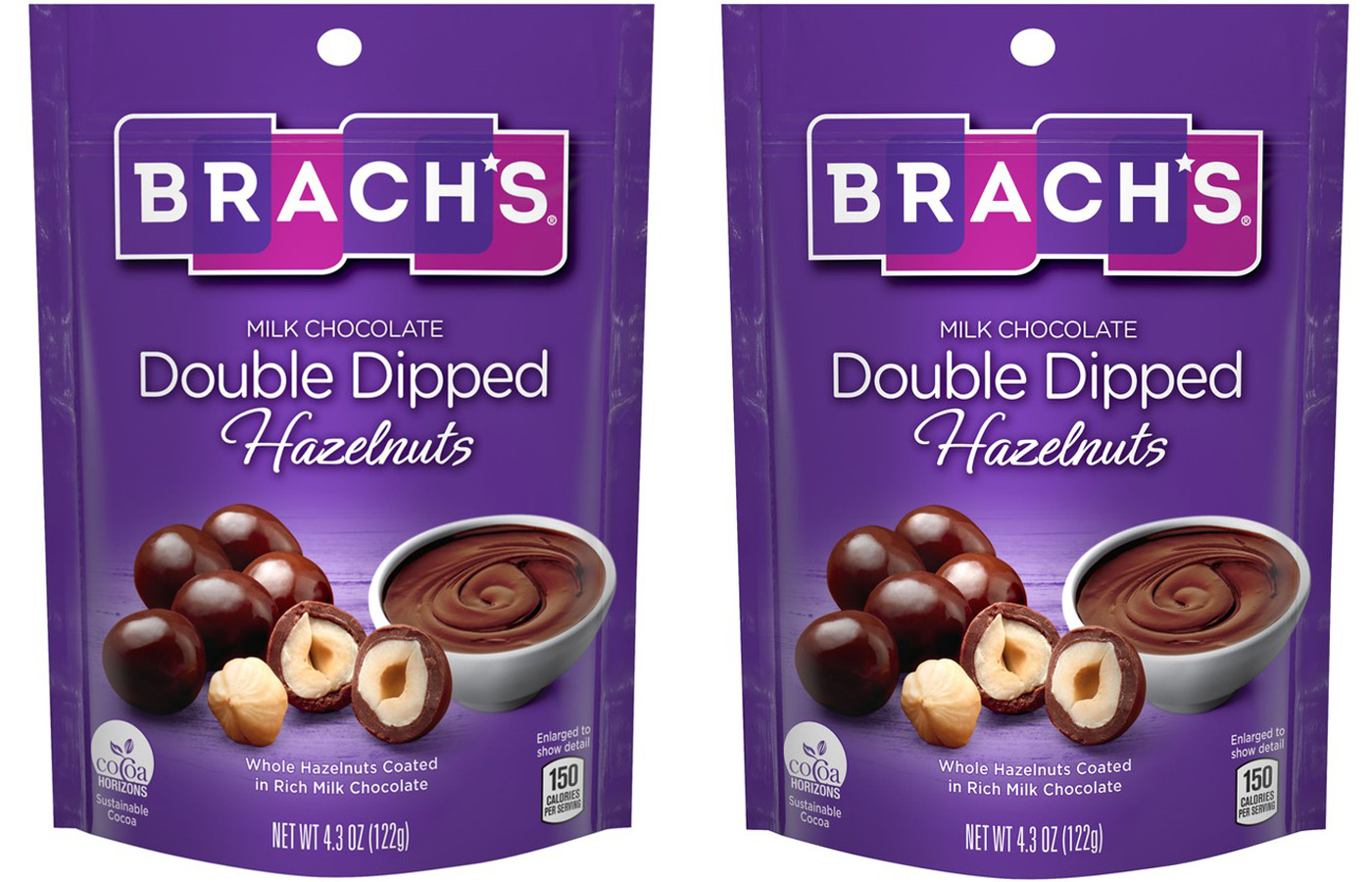 Brach’s worked with the Cocoa Horizons Foundation, a sustainability and community initiative spearheaded by Barry Callebaut (BC), to supply the chocolate and retool the formula. The process ‘better complements’ inclusions, especially nuts, and through increased caramelization provides creamier notes and a smoother mouthfeel, the company said.

"We wanted to elevate our consumer's experience and brings news to a portion of our portfolio that hasn't had innovation recently," Peter Goldman, seasonal director at Brach’s and Ferrara, told ConfectioneryNews.

The confectioner has been focusing efforts on its seasonal business, much of which falls into the non-chocolate category, such as its jellybeans and conversation hearts.

"We regularly evaluate our recipes to ensure that key ingredients meet our standards or are being improved," he added.

The Double-Dipped Hazelnuts are new to the Brach’s product line but will be the first on shelves to feature the new chocolate recipe. A 4.25oz bag costs an RRP of $2.69 to $2.99.

The brand’s purple packaging also received a face lift, upgrading to a brighter purple with real photos of the product on the bag. The company hopes this uniformity will help its chocolate ‘stand out’ on the shelf.

Barry Callebaut announced earlier this year that 44% of its cocoa is sustainably sourced, as well as 44% of other ingredients used in its products.

One in four chocolate products on the market contain chocolate sourced by BC.

"Being the largest comes with some serious responsibility," said TJ Mulvihill, VP of marketing for the Americas, speaking to press at an educational event in Chicago this April. "We think we can even win because that’s what consumers want."

Cocoa Horizons added 19 farmer groups in 2018, bringing its total to 92 groups covering more than 93,000 farmers. About 20% of those farmers are women, according to the organization’s biannual report.

Brach’s partnership with Cocoa Horizons marks a first of its kind for the 115-year-old brand.